What is the difference between

Your guide to understanding Energy Ratings and ENERGY STAR

With more interest in the EPA’s ENERGY STAR New Homes and Apartments program than ever before, it is critical to discuss the differences between an “energy rating” and the ENERGY STAR certification.

The primary distinctions between the two are:

Below you will find a breakdown of both energy ratings, ENERGY STAR certification, and the compare/contrast along the above three distinctions.

What is an Energy Rating?

Or, why is someone “rating” my house?

Energy Ratings, commonly referred to as “HERS™ Ratings” after a proprietary rating system, are a process by which an inspector collects data on a dwelling unit, inputs the collected data into a software tool, and generates an Energy Rating Index (ERI).

What data is being collected?

Typically in an Energy Rating, the inspectors collect data on what is called “minimum rated features”. These range from the model number, manufacturer, and location of HVAC equipment – to the R-value of insulation installed in the ceiling or walls. A full list of minimum rated features can be found in ANSI 301, Appendix B (the full standard can be found online here).

These inspectors will also perform tests on the “thermal envelope” (a fancy way of saying where insulation is installed) and HVAC system. The tests are commonly called the blower door and duct leakage tests.

If you have a house with a high infiltration rate, that means more outside air enters and the conditioned air leaves your house over the course of the year. Just think about this – it just rained (spring showers bring May flowers, right?) and it’s muggy outside. The humidity levels are high…and your house has a poor infiltration rate.

All that muggy, humid air? It more easily finds a way inside, causing discomfort and potential contribution to the failure of your building (in combination with other factors). That means mold growth, rot of materials, and more. A bad example of this: stepping onto a floor and getting split by the floor beam because the floor rotted out from the high humidity.

Important to note – there are several different testing standards used, and different protocols, to perform the blower door test. ANSI 380 and ASTM E779 are both recognized by the International Code Council’s (ICC) International Energy Conservation Code (IECC). Different above code programs, like the passive house standard, require testing both depressurization and pressurization rates at multiple test points. While they aren’t all the same, and they have different purposes and goals, each of these testing protocols are useful in their own contexts.

Whelp, I hate to break it to you but there are actually two different duct leakage tests: the “total” duct leakage and the leakage to outside tests.

The total duct leakage test is often used to meet the IECC threshold. A higher-than allowed test result equals a failure, meaning the system must be tightened before occupancy (in an ideal world). An equal-to or less-than result means the dwelling unit can be occupied.

This test uses a duct blower (typically called a “duct blaster™”) to estimate how much air escapes the duct system at a specified test pressure. This matters because you aren’t paying just for how much air you cool or heat your house with – you’re also paying for all the air that doesn’t get delivered to your rooms, but is still run through the system. That means your delivered cost (i.e. how much you pay for energy to get a cooler house in the summer and a warmer house in the winter) may actually be higher if your system is really leaky.

The second test, the leakage to outside, pairs a blower door set at a specific test pressure with a duct blower creating a neutral pressure at the termination of the duct system. The leaks measured with this test are all the leaks leaving the thermal envelope completely – not being reintroduced into the house.

Of the two, technically the leakage to outside is a more valuable test (in the author’s humble opinion) – since it’s actually measuring the conditioned air you pay for but don’t get to use…but it doesn’t matter because the energy code references total leakage.

Why should I get an energy rating?

If you haven’t picked up on it yet, an energy rating means your house typically undergoes a higher-than-code inspection process. That includes additional tests (like the leakage to outside test), as well as the inspectors receiving quality oversight from an organization such as Building Science Institute.

Most builders have found that receiving an energy rating reduces callbacks, as the inspectors find issues before a home is complete. The real trick, of course, is getting those issues fixed by the relevant trade contractor…and frankly, having an inspection company willing to call out these issues.

Or, why you should participate in the program…

What does the program require?

Verification companies must have employees trained in the program requirements and pass the ENERGY STAR Exam prior to completing a partnership agreement. This partnership agreement ties the company to one of the ENERGY STAR Home Certification Organizations (HCOs), like Building Science Institute. It also means the companies receive additional oversight from their specified HCO on projects that are going through the certification process.

The builders should attend a builder training seminar prior to signing a partnership agreement. Their agreement indicates that they will meet the Partnership Agreement Terms and Commitment. An example of this: a single-family builder must have at least one home certified as ENERGY STAR in the previous 12 months to maintain the partnership status.

The caveat I mentioned? Well, some of the HVAC commissioning activities can be completed by the verification company, if they have been certified for the ANSI 310 HVAC grading standard.

What’s this about checklists?

Probably the thing many folks think about are the checklists. In addition to the National Program Requirements, different parties (typically the verification company, HVAC designer, and HVAC contractor) are mandated to complete checklists based on the home as it is built.

There are some high risks to playing in the ENERGY STAR Program, and this is where the rubber meets the road. You see – if an inspector goes out to a project and sees one thing that does not comply with the program requirements and isn’t fixed…

It can’t be certified under the ENERGY STAR Program.

That is why it is so important to make sure everyone understands exactly what is expected of them prior to the project getting started. Some examples I’ve seen over the years of where a home fails to meet ENERGY STAR certification:

If you can’t tell – there are a lot of moving parts to the ENERGY STAR certification. “One wrong move”, so to speak, and it’s all going down the wrong path.

I know you might be saying something like, “That sounds like a lot of work,” or, “I’m scared.” Trust me, I’ve been in the same place.

The good news? There are some incredible benefits from undergoing such a stringent process.

First – there are multiple incentives from utility providers up to the federal level for achieving ENERGY STAR. The well-liked 45L Tax Credit, starting in 2023, will be tied to ENERGY STAR certification. Utility providers typically offer additional rebates, per dwelling unit, on top of other rebates.

Frankly – as my grandpa used to tell my dad: “Son, build a house that you’d be proud for your mom to live in.”

If you can’t say that about the end result…maybe you should find another industry to work in.

If you remember, up at the very top I mentioned there were three distinctions between Energy Ratings and the ENERGY STAR certification: Purpose, Scope, and Recognition.

An energy rating may be used to show compliance with energy code. It is also sometimes used to generate an Energy Rating Index (ERI), which many sales people use as an energy efficiency metric.

An ENERGY STAR certification indicates the design, construction, and performance meet a stringent process that produces a better performing and more comfortable home for the end user.

An energy rating requires inspectors to test and inspect the minimum rated features of a dwelling unit. That said, homes can meet different exemptions (for instance, a house with a conditioned attic can skip the leakage to outside test should it meet certain prerequisites) where minimum rated features would necessarily be reviewed.

Near the beginning, I mentioned Energy Ratings are oftentimes called HERS™ Ratings, after a proprietary system. While that proprietary system has been around for nearly three decades, it pales in comparison to the brand recognition of ENERGY STAR.

A market study found that 80+% of the survey respondents recognized ENERGY STAR…while only 20% recognized “HERS™ Ratings”.

Everyone sees ENERGY STAR when they go to the store – and they know it means the product has been certified in a system to mean “better”.

On top of that, many other programs base their initial certification requirements on ENERGY STAR – Zero Energy Ready Home, for instance.

If you want a recognizable brand associated with your house, or to get your foot in the door for other programs, ENERGY STAR is the way to go.

Why wait – find a Verification Company that can help you today.

And some definitions thrown in here as well…

What’s the difference between an “Energy Rating” and a “HERS™ Rating”?

Functionally, nothing. HERS™ Rating is a term typically referring to RESNET®’s proprietary system, but has become a generic reference like Sheetrock™ or Kleenex™.

What is an Energy Rating Index (ERI)?

Most often autocorrected to “resent” after the feelings many of their members feel after having the rug pulled from under their feet (again, and again, and again…), Residential Energy Services Network (RESNET®) is a 501c3 membership organization that is also recognized by the EPA as an ENERGY STAR Home Certification Organization.

Wait, I thought RESNET® was the standards development organization for ANSI 301, too?

We can only speculate who they were referring to…

What We Stand For 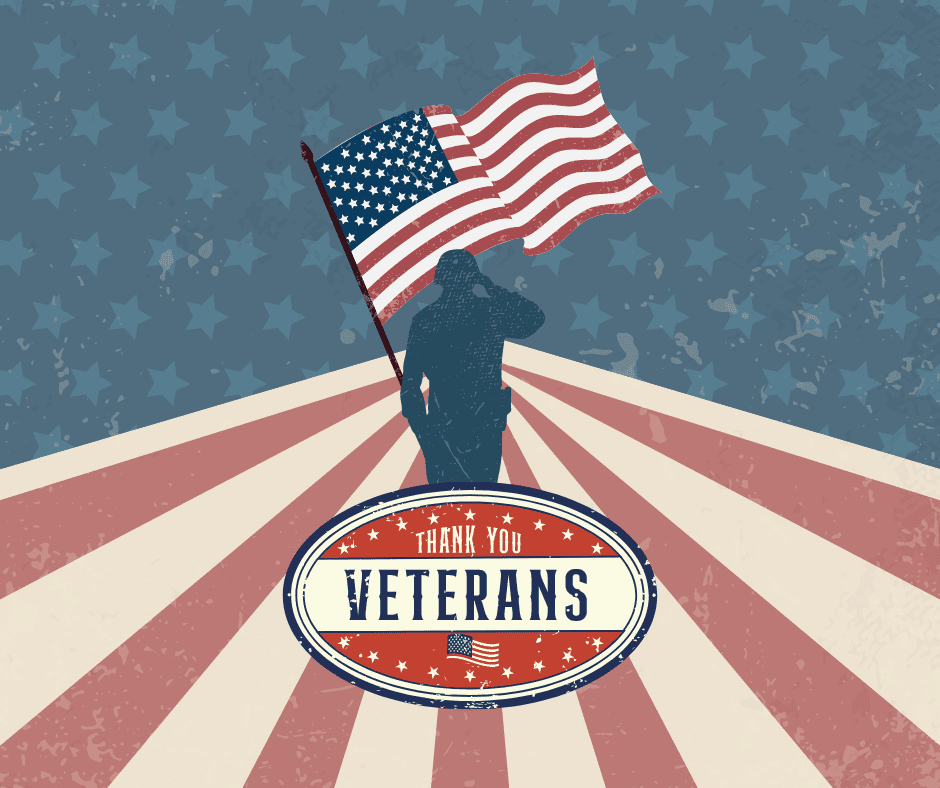 Update from the Texas Veteran's Land Board

We're proud to announce that thanks to our staff's efforts, the Texas Veteran Land Board adopted HB 3215 as a compliance path for Texas Veteran Home Loans.

We're happy for this outcome, and glad our BSI Verifiers can support our Texas Veterans in getting a more energy efficient home than the most commonly used path.

Rather than just having a target index, there are minimum efficiency backstops - meaning a Veteran that gets a home certified under our system through the HB 3215 path gets a better built home.

Thanks for the update!

Great news, thanks for the update.